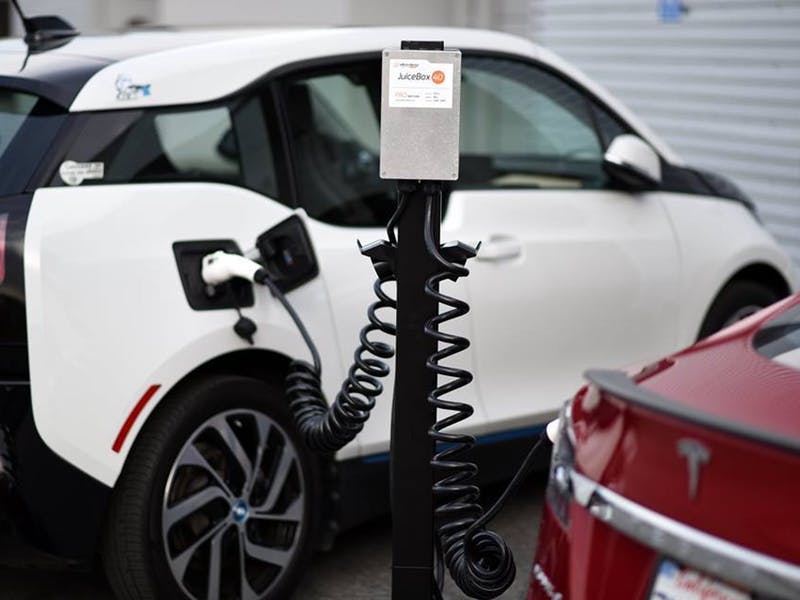 In times of expensive oil the electric car resonates more strongly as an alternative to our next car. In recent years the hybrid car has managed to climb in the automotive market and the electric has gained its first followers. Although from an ecological point of view the electric vehicle is the best option, is it also the best option for our savings? How much does it cost to charge an electric car?

The figures of the automobile business in Spain.

Sales of new cars have soared in 2018 due to the urgency of dealers to get rid of the stock of NEDC-approved vehicles, launching aggressive offers before the entry into force, in September, of the new protocol WLTP (World Harmonized Procedure for Light Vehicle Testing). The arrival of the new standard, more demanding with emissions, has reduced sales of diesel models in favor of gasoline.

This implies that, in percentage terms, the electric car in Spain still has a practically testimonial market share, with 1.05% of total sales. As for the hybrid vehicle, 76,112 units were put into circulation, representing 5.75% of the total.

Although the numbers are still low, if we compare them with the previous year, it is clear that fully electric vehicles and hybrids have gained followers, with an increase of 61% and 36.5% respectively.

Is it time to buy an electric car?

Buying a new car is one of the biggest expenditures of the family economy, a huge investment, which will influence our finances for the next few years (think about 8-10 years at least).

From the outset, it would be necessary to consider whether it is really convenient, from the point of view of savings, to acquire one in property, or whether renting and other mobility solutions are sufficient to cover our transport needs.

The data mentioned above show that, although the trend is growing, still few Spaniards sign up for the electric car. That it is a new technology, that autonomy is not sufficient for all users, the doubts with recharging, and its higher price are, for many, weighty reasons to wait a few years.

However, if we compare their consumption and make the right decisions, in the long term, moving in an electric car is cheaper than in a fossil fuel car.

While European governments set a deadline for fuel cars and many cities restrict their access, gasoline and, above all, diesel continues to rise in Spain. Electricity is also expensive, but the electric car uses energy much more efficiently:

If we compare, in an approximate way, how much it costs us to drive 100 kilometers in both types of vehicle:

For the above calculation, the price has been taken with taxes per kWh in off-peak hours and with a contracted power sufficient for load (3.7 kW).

Is an electric car right for me?

If we only take into account the above factors, moving in an electric car is five times cheaper. However, there are other overriding considerations before we sit down to drive while saving on an electric car:

Autonomy: the main obstacle to migrating to the electric car.

Beware because the kilometres of autonomy vary according to the standard. Following the most realistic and current, the WLTP, small vehicles have an average range of 200-250 kilometers. Although there are models that promise to reach more than 400, their high prices break any savings strategy.

If you only use the car to move around in the city, then there is room for savings, even renting a fuel car for longer distances, such as holidays and trips to other cities.

Be careful, because in some models the battery is rented (something like a renting), guaranteeing the replacement when it loses part of its capacity for use, which costs about 75-100 euros per month, depending on the estimated annual miles.

Recharge: many doubts and many euros.

The electrolineras are not yet sufficiently implanted. They require quick charging sockets, as it makes no sense to spend several hours waiting for it to be recharged and, moreover, they must be compatible with the plugs and standards of the different brands.

Only if you have a garage with a charging station can it be cheap to charge your electric car. Electrolineras charge between 0.35 and 0.50 euros per kWh. With this price, the savings would be reduced with respect to the gasoline or diesel car.

And installation in the garage at home is not always easy. You have to run electric cables from the meter of each home to the parking space, install a wallbox (charging station), expand the contracted power (which also carries an extra cost in the electricity bill) if you want fast charging (6.6kW to 7.2kW) or install an additional meter just for the wallbox.